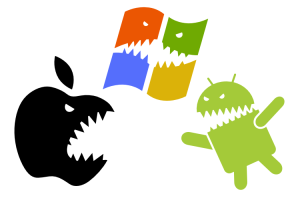 The short answer is yes: its market share will hover around 20%. The long answer follows…

When Android first appeared, naysayers were convinced that, due to the lead the Apple app store already held, Android did not stand a chance. Today, over 75% of mobile devices are running Android. Naysayers are eating crow.

By all accounts and reviews, Windows Phone 8.1 is a worthy operating system with plenty on beste online casino offer. Its primary drawback is the same one that Android encountered at its start: an initial lack of apps in its app store.

With its strong developer base, ownership of Nokia, and deep partnerships with major hardware vendors, Microsoft will certainly shepherd Windows Phone to success.