Warning: Use of undefined constant attachmentkey - assumed 'attachmentkey' (this will throw an Error in a future version of PHP) in /home/modusm5/public_html/wp-content/plugins/ultimate_pro_team/inc/shortcode/lib/available.php on line 13

Warning: Use of undefined constant attachmentkey - assumed 'attachmentkey' (this will throw an Error in a future version of PHP) in /home/modusm5/public_html/wp-content/plugins/ultimate_pro_team/inc/shortcode/lib/available.php on line 13 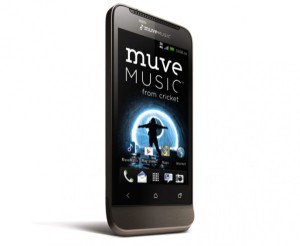 As the world’s leading tethered download-to-phone music service, Muve Music has been heralded by Billboard Magazine and others as a true game changer. Muve Music lets users browse and download millions of songs from Sony, Universal Music, Warner Music, EMI, and other labels.

Recently purchased by AT&T, Muve Music has over 2 million paid subscribers and has been proven to both decrease carrier churn and increase ARPU (average revenue per user).

Several of us at Modus have been instrumental in the success of Muve Music, including Attinder, Hassan, Mike, and Sumanth, from steering the architecture of the cloud platform on which Muve runs to leading the development and certification of the client apps.

General
Helped to grow the technical team in the areas of engineering, configuration management, and middle-management. Was integral to the hiring process, from creating job descriptions to screening, interviewing, and on-boarding.

Worked directly with OEM product managers and engineers to iron out OS, hardware, and software issues in pre-release phone handsets.

Quality Assurance
Managed the Quality Assurance department, including the hiring and training of new employees, setting up test environments, and planning testing timelines in Agile/Scrum environment. Created and executed manual/automated tests for all aspects of the system, including front end, middle tier, back-end, as well as the deployment and upgrading scenarios. Lead the load- and performance-testing.

Client App
Lead the development of the iOS version of the mobile app as well as several of the in-market Android versions. Co-developed the Brew (Qualcomm) versions. Lead the technical aspects of integration with OEM handset manufacturers, including Apple, Samsung, LG, Motorola, HTC, SanDisk, Huawei and ZTE, as well as chipset manufacturer Qualcomm.

Cloud Platform
Architected, developed, and managed the Cloud Platform, which is deployed across 140 servers and handles over 20 million transactions per day. Conducted performance bottleneck identification and tuning to ensure environment meets peak demand with performance in reserve. With its careful engineering and rolling deployment capability, this high-volume platform has enjoyed near zero downtime.